Several draft horses have moved abroad the last months. Some only had to take a small boat trip, others got a first class airplane ticket!

Thijs Reinen saw his colt Hunter van 't Hof Hoegensteen (by Falco) leave for Scotland where he has a future as a stud. Also the blue roan yearling Avenir van 't Laureijnehof (by Hely) of the Van Haelst family went to England. Just like the chestnut Vasco van het Hermeshof (by Dorus) of the Henckens family and the black colt Teun van de Gagelven (by Condor) from André van der Heijden who also sold draft horses to Germany and Poland!

The blue roan Nelles van 's Hertogendijk (by Norris) of Gert Adriaenssens has found himself a new home in Germany. A little longer was the trip for Radar van 't Zevekoot (by Gamin), which was sold to Norway by family De Graeve.
The European champion foal Lander van de Dooreplas (by Landor) was sold to France as a young foal by his breeder Joke Deboosere from Vosselare - already before winning the EC title.

Finally, there were airline tickets for the yearling Pol van Haflingerhof (by Gamin) of Eddy Van Langenhove and Amedee van de Boterhoeve (by Milo) of Luc Imschoot who thus had to cancel his participation at the Stallion Show next month. They are both on their way to their new owner in Wisconsin, USA at this very moment!

Soon more info about some draft horses for which "the big move" is planned!

Pol and Amedee at their new home in the USA

Pol and Amedee at their new home in the USA 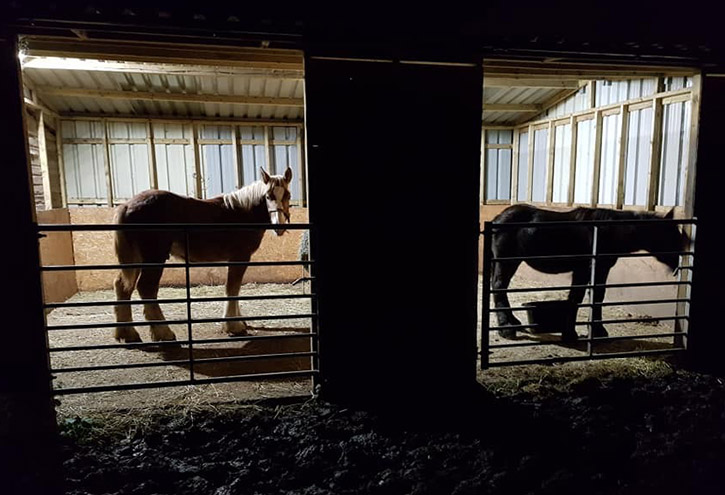 Vasco and Teun with their new owner in England 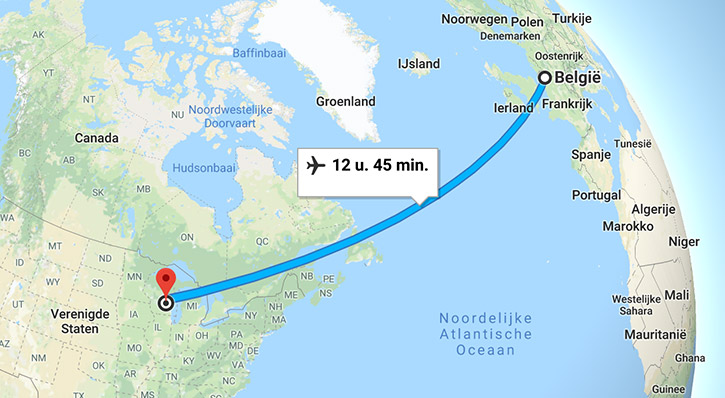